So, the intent of this thread is for nothing more than a bit of feel-good nostalgia and conversation.
The guidelines are simple:

1) State when you started playing and how long you've been active.

2) Share at least one enjoyable memory from your gaming experience.

I began playing in Jan 2006, and have been active for about 6 months every year, usually during the winter months Nov.-April.

When I first started playing, I enjoyed sweating at old swamp camp, because the social aspect was (to me) significantly more prevalent than it is currently. I also thought the old chanting and green beam were pretty cool.

Also, when I became bored with hunting (or I didn't want to deposit any more that month), I would organize events. My favorites were the Port Atlantis VCC Rally and the Athena Spaceport VCC Rally.

I've been playing since check my sig

Running in to the rig (pre-mist oldschool version), dragging a Warrior Gen3 behind me with the following pretyped in chat (so I could say it before dying):

"We are Borg, resistance is futile"

"Prepare to be assimilated"

I hit the first line as I slipped behind the walls with the "rig-camper" on radar, then as I entered, and he turned to pop a cap in my noob ass, I dropped the second line. Survived the first shot, then fell out of my chair laughing as he took 2 hits from the Warrior, and he scrambled to deal with that, leaving me to get all the way through.

Gained nothing but a good belly laugh, and the shared pleasure of reading other watchers LOL'ing and ROFL'ing along

Aah, the rig.... awesome free evade and dodge skilling, and sometimes even a few ped of crude. Good times.

Enjoyable experiences... where to start?
Most memorable is probably one of the few solo globals I got a month or two after starting. Bought a Katsuichi determination off of auction. Logged off. First Kat. I ever owned. I only used 2x0 prior to that for the most part.

Logged in a few hours later. Went to Camp Phoenix, which was a lot different that it is now... went just southeast of the tp and service center to find Feff. Killed that one feff and global. Ecstatic joy. Head towards tp and then logged off for fear of breaking the lucky streak. Best 5 minute login ever. Loot and luck went downhill after that.

Reaching goals and achieving them are probably some of the good memories... Reaching CND the first time (before space existed), Owning first apartment... Owning first shopkeeper in that apartment. Owning the booth the first time... Owning the shop, etc. The memories of what it took to get to those things is precious too. Studying entropedia up, down, and sorted in multiple ways, reading tons of websites and forum info, studying in game auction and comparing different things for hours, etc.

Hanging with friends is nice too.... meeting them in forum and then in game... finding folks that just want to chill or work together to accomplish some goal, etc.

Some horrible memories too... but honestly, some of the horrible memories are favorite Entropia moments too. The estate estate issues I had after vu 10, and the compensation (although it was way too small) that followed... (I hear some estates are still messed up unfortunately)

Pissing Neverdie off in various long paged threads and later seeing his 'official' responses to this sort of stuff with crap like the Prison, the trolls mobs, etc. Posting the various 'lies' that Marco and friends have spewed over the years that never came true... and the time spent just reading/absorbing, and locating all those ancient threads, new stories, etc. There's a hell of a lot of real 'history' out there that n00bs ought to know about, and vets ought to think about because history has a way of repeating itself. Realizing just how small Mindark and the Planet Partners are and how unable Mindark and the PPs are to make their 'vision' a reality is actually one sort of favorite memory, even though it is not the best and greatest memory in the world... The Greeks were right, there is a great catharsis in tragedy. Entropia is the best tragedy I've come across ever in many various ways... and actually, the name itself is somewhat reflective of that, even though it was not probably intended that way...

I think that may be one reason SDS chose the icon it did for it's logo, lol...
http://en.wikipedia.org/wiki/Entropion

Entropion is a medical condition in which the eyelid (usually the lower lid) folds inward. It is very uncomfortable, as the eyelashes constantly rub against the cornea. Entropion is usually caused by genetic factors and may be congenital. Entropion can also occur secondary to pain of the eye (leading to self trauma, scarring of the eyelid, or nerve damage). The upper or lower eyelid can be involved, and one or both eyes may be affected. When entropion occurs in both eyes, this is known as "bilateral entropion." Trachoma infection may cause scarring of the inner eyelid, which may cause entropion.
Click to expand... 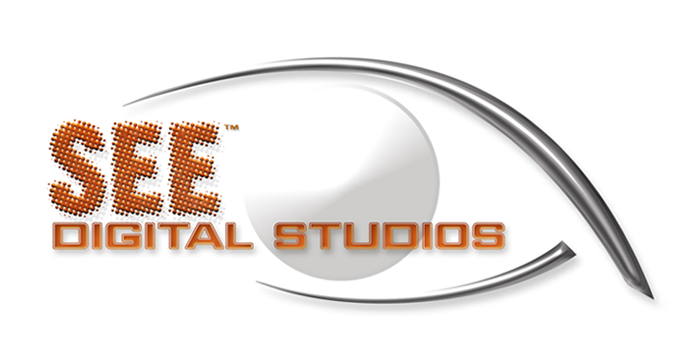 My favorite memory is when i got a 1415 ped mining hof, at which i was only lvl6 prospector but i beleive it came from my hunting losses. Anyways, when i got done mining it, prospector lvl6 and miner lvl8 i found very funny. (gained about 4 lvls from mining it)

Also when i got a 35 ped beacon when everyone said they didnt drop( at which it wasnt near a robot area also). Then sold it for +320 later, was pretty happy.

I forgot how to pull up a link from the gallery lol but here's the pic of it..seems so long ago and far away

The best was probably the first time Crone saw gold (coins, not rocks) in a loot window.

Favourite memory is definitely my first global as a total noob, a foul young or scout I believe it was.
Didn´t understand what happened. Had to ask my mentor and she said I got a global.
"a What??". Totally confused until I figured it all out!

Next best memory is my first real hof on a Argonaut Scout, close to 7k, after grinding those bastards forever at "old" New Switzerland. Was such a great feeling after all that effort.

Started in 2003 when you could outrun most mobs and use a pew pew turn and run method of attack. I used to hunt with my nephew facing down Longu's on Longu Beach using the method.

Those were the best times.

As soon as the mobs running speed was increased the game went south for me.

Crone has another happy thought. When his disciple Michi and himself had a 1k hof on a fauc when running tp's.

Avatar Name
Warden Coz Coz

One of my many favorite memories was when my, then, disciple, Scoop, was graduting. Sent him on a quest that led him to the old umbra ruins in PvP1.

My mentor had dome something simliar, but a different destination... one I had never been to.

Wish we could get back some of those "points of interest" to do interesting hings like this again.
A

Reserved for when i have one.

I guess laughs with the soc mates =D

Early 2004 when me and my brothers and a friend trying to take down big atroxes at a place close to what we now know as MegaVolt camp. Funny noob experience.

T-rex toke me on a small hunting trip and on to a personal tour of his Castle and a story about it (Anyone one know what T-rex is up to now?)

Me and a dude from england hunting robots west of Fort troy the fun way(early 2004). That was alot of laugh to.
U

I remember the first probe I dropped when I wanted to try out mining.

LOL, I didn't know what the heck was going on. I didn't even realize I had to drill to get the stuff.

Ah, the good old days.
U

And some dickhead and his buddies would block both doors to the revive building.

87 newbies crammed into a trailer with no way out!

I was super pissed at the time, but I laugh thinking about it now.