There has been a new announcement on the imperium armour here:
https://cyreneforum.com/threads/joi...uncement-from-mindark-and-planet-cyrene.8364/
J

ahhh... if only we could actually have inquiries and not enquiries....

Due to a configuration issue, it was possible to complete the Imperium
Armor upgrade missions much more easily than intended, which resulted
in vastly more sets of upgraded armor sets being acquired than
warranted.

Unfortunately, this situation requires that these missions be disabled
until they can be removed in an upcoming Version Update.

However, the various turn-in item items required by this set of
missions will be included in new missions that will be implemented in
Version Updates this year.

Apologies for any inconvenience this issue has caused.

Any issues or inquiries related to loot or balancing should be addressed to MindArk by submitting a support case on the official EntropiaUniverse.com website.

Asked on discord:
The way I read the statement:
1. Armor was too easy to get
2. Current missions are disabled and will be removed.
3. The required items of the CURRENT mission (quantities might change) will be included in new missions that will be implemented in
Version Updates this year (probably big Xmas one if not the spring, fuck man 1 year waiting...)
@My Antonsson | Mindark is that right?

However, the various turn-in item items required by this set of
missions will be included in new missions that will be implemented in
Version Updates this year.
Click to expand...

So, if I understand this correctly, the missions going away and not coming back means there will never be a female set of Mod Imperium in game? Like ever? If thats the case, that really sucks!

I was really looking forward to grinding out a female set.

Suggestion: would it be possible for MA to consider awarding a few female mod sets as prizes for future events or something? I've heard there are several modified male sets in game. I just want equal opportunities for both men and women in Entropia! I mean, more specifically, I want a set for my female avatar

Or possibly could a new mission be implemented that allowed for a few more Mod sets to be made, but used different recipes, so as to make sure the intended amount of sets MA wants in game meets the number of sets that can be made (resources caps)

GZ to those in game who got a mod set, those suckers are worth quite a pretty penny now... That armor is an event winner for sure!

In the end, I understand why MA had to shut down the vendors, hearing how many sets were made and how easy it was to farm the resources, to continue to let the armors be made at the rate they were going it would completely destroy the balance of armors in the game.

Glad to hear communication on this, and looking forward to the next event on Cyrene.

Are the new missions entirely new, introducing new goals and new obtainable items? Or will the new missions just be more "balanced" and adjust the old recipe for the armor chain by requiring new/different quantities to get the Imperium armor?
Last edited: Feb 3, 2021

Damn those lucky few who got it done

Don't create too much new stuff, rework old, so it can be useful again!

Sorry, me inglish is not very good and I wonder what you mean

Are the new missions entirely new, introducing new goals and new obtainable items? Or will the new missions just be more "balanced" and adjust the old recipe for the armor chain by requiring new/different quantities to get the Imperium armor?
Click to expand...

However, the various turn-in item items required by this set of
missions will be included in new missions that will be implemented in
Version Updates this year.

Any issues or inquiries related to loot or balancing should be addressed to MindArk by submitting a support case on the official EntropiaUniverse.com website.

New missions and maybe there will be a change of loot rarity... they will be harder to find .. I may be wrong, that's how I understood it.

Would love to see some more upgrade missions for Caly armor sets like Eon, Bear, Vain, Sentinel, Supremacy etc.
Or even new armors.

The bit i am confused about is this line: ' The required items of the CURRENT mission (quantities might change) will be included in new missions '
Does that mean entirely new/different missions for different armor/or something else? Or new mission chains for this same armor they screwed up?

How about turning existing set to materials till you guys release the new mission ?

MikeH said:
How about turning existing set to materials till you guys release the new mission ?
Click to expand...

Would have been good and fair if when this happened and they needed to disable, they could have deconstructed the sets back to their parts before they were sold and resold. Now it's too late.

Now it's just a boycotted armor - at least from me. (won't buy)

Finally some communication on this! Thanks Cyrene and MA. We should have had this a month ago but as they say, better late than never.

As for the statement itself, it's not clear whether those specific armors are going to be available again or not, just that the materials that were being farmed will still be relevant. I think this is on purpose so it's pointless to ask them to clarify.

My own personal opinion is that these armors will be back. It's a lot of design work and balancing work, I don't think they're just going to throw it all away.
A

Legends said:
My own personal opinion is that these armors will be back. It's a lot of design work and balancing work, I don't think they're just going to throw it all away.
Click to expand...

Nope, literally just some digits in a few database records. 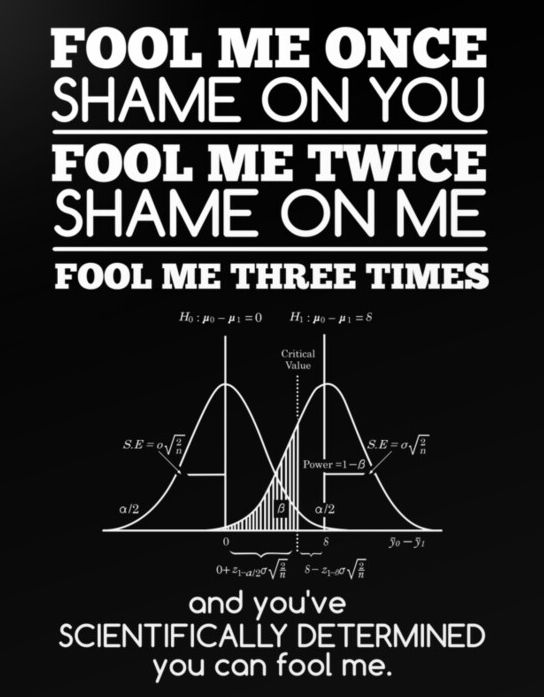 Wait, what if I've been fooled 6630 times? does it break and I become like super smart?

Asking for a friend

When I say design and balancing I'm looking at the bigger picture. Obviously the idea with this Armor upgrade chain is to bring people to Cyrene to grind mobs for them.

Sure they could scrap the whole thing and start over with new items but I don't think so. This is a great Animal armor with an Evade buff, something that people have been asking for for awhile now. These armors are needed in the game and I believe the upgrade mission will be persistent in the game in the same way that the Robot Armor upgrade missions with the Dodge buffs on Calypso are.

MA is starting with the smaller planets first, they released some new armors on Monria a couple years ago. Then last year they released an upgrade chain for a new armor on NI, as well as some new crafted armors there. Now they are doing Cyrene. Eventually it will be Rocktropia and Arkadia's turn. All of this is already figured out ahead of time, there's a 'big picture' already in place and I think they will follow through on that, no matter the hickups along the way.

Taken from my thread:

Rather than giving a vague statement, after 2 months. How about ensuring your loyal player base that their financial investment will not vanish based on your false promises and mistakes.
ie. That your "new items" will hold the same market value as the armor you coaxed us to deposit & grind with.
Do a rough calculation to see what each mission stage was worth at market value. Then design item stats based around approximate current market values.


In any other situation i would just assume this would be the case, have patience and wait to see the situation rectified with optimism.
But dealing with MindArk is definitely a unique case. No confidence or faith in this company.


If MindArk ensured the "new rewards" held the same, or very close, market value to the armor...
I would hold my hands up, thank MindArk and give credit where credit is due.

However right now, another carrot on a stick is just irritating. Combined with the possible outcome of getting some 3k ped pea shooter instead of Improved Imperium armor... is infuriating
K

"Apologies for any inconvenience this issue has caused."
How about you apologise by offering a buy back at a reasonable mark-up for all materials acquired in this period. This was YOUR stuff up and a large number of your player base who were halfway through the mission have been scammed out of real money. If I was to orchestrate such a scheme of a false armor upgrade service I would have my account terminated. But its business as usual if Mindark do it?
Why should Mindark get off scot free? They should pay for this blunder, not the players. Take a hit, and buy the materials back, and not at TT value.
Even if you give them Universal ammo, so they are forced to cycle it, Fine. Better than nothing and this half assed apology.
Idiots.

Legends said:
So expect those Armor upgrade missions to be back up on Cyrene Soon™
Click to expand...

Did you read the statement?

"Unfortunately, this situation requires that these missions be disabled
until they can be removed in an upcoming Version Update."

So no, i don't think we are seeing a return of the armor upgrades anytime soon...

Also I'm not sure why you find it hilarious that the previous poster suggested a buyback.
100% agree with Katie.
The revenue obtained during December on Cyrene was generated based on false promises of Imperium armor. If there is no armor, revenue generated should be returned to compensate players who depositted and grinded for these materials. Which generated said revenue.

Only hilarious part is thinking MindArk would do the right thing for its customers. However they claim they are trying to improve their image in that regard so it's not an unreasonable suggestion in the previous post
Last edited: Feb 4, 2021

Katie is also 100% correct in the fact that if players acted in this way and subsequently obtained this kind of revenue... There would be serious consequences

I understand that my 'haha' could be misunderstood. I was laughing at "...would be better than this half-assed apology" part, and "idiots".

I agree with her that this situation really sucks and that players being expected to hold on to thousands of ped worth of materials until MA gets around to fixing this is really not ideal, believe me, I feel your pain. I've been holding onto useless Land Plots for many years now, not knowing when MA will fulfill their promises in that regard, and by now I have spent upwards of 70k and they are totally useless. So don't go thinking I think it's funny, it's not.

I don't speak for MA, but my take on the compensation being sought seems to be in the form of new upcoming missions. Now, whether or not this is "just" compensation for the debacle that took place is up for argument. However, who's to say that the new missions/items won't be superior to the old? I'm not saying the new missions will be easier to complete or that the resources will drop as easy. What I'm putting out there is the potential that perhaps those that decide to hold their resources for the next 6-12 months (who really knows) may come out better off in the end.

I realize this is pure speculation. Maybe perhaps a compromise would be most fair, like this:

Option 1: Give players the option to sell their mats now at a decent MU% or

Option 2: Allow players to hold their mats, but forgo any form of compensation other than what comes out in the upcoming missions.

Disclaimer: I hold 0 materials, I have no skin in the game. Just wanted to contribute with potentially helpful ideas.
You must log in or register to reply here.
Share:
Link
Menu
Log in
Register
Top