lol, you can do better than that

I tryed to give him a spot to mine, everyone have to use my mining service if it hits!

I don't know what to do to be honest.

That is a killer result so far

Hope it picks up soon.

Lavawalker said:
That is a killer result so far

Me too. Soc chat was bluer than usual the other night
Strash was not a happy bunny.

I shall NEVER give up

Never will i give up. I am going to go meditate for a hour.

We only fear death because of it's consquence. In life we need death to learn about life. With it we fear life, without we lose understanding of life.

hmmmmm to drop 103oa's or not too that is the question.

One who does react can succed by the actions that make the person who they are.

Hard call, that result so far is pretty bad.

Grrrr to MA for their dynamic and affordable
~ 20 ped per hour average fee service offering.

Maybe a change of activity if it is starting to fall out of your affordability range in the short term.

Spice it with some work on the BP you were skilling and give mining a break for a little while ?

Alternatively ... give this a go,

Mine a few fields you know that hold primarily lower markup ores and enmatters. Stuff closer to the surface in the 5 to 20% markup range. (10% MU average across resources in that location is probably best)

Around PA or Twins, where there is an abundance of low markup stuff.

The system could be taking so much due to cost of participation balancing
(Give vs take/economic contribution vs reward balancing).

ie. Not enough higher markup items/resources that you have decayed (or crafting failed) to offset releases for the markup value materials that are primarily in the areas your mining at present.

Your TT contribution is there by the looks of it, maybe the markup contribution thus far for the areas your working (mining) is not.

The goal being to release some of those funds built up in your accounting by the system possibly at the rate within tolerance to your decayed markup contribution.

If you want i could calculate all my ore/enmater % mu and adjust the total price. But it was the fact that i was using 103oas without mu to combat the mu on the ore/enmater.
And the fact that i crafted them lol 70 of them. And i don't wanna leave CND untill atleast negative 1k ped or positive again or after 30ish amps which i am pretty close to hittin the 30 amp mark soon lol.

Was thanks to this

Hey +3 is better than a minus.

funny how both losses were soo close to eachother in ped.

the lesson of the day Never give up.

mining has been bad recently

especially on CND
Wasted 2xoa-104s yesterday and all I got was a XII lyst
Better mine niks, narc, cobalt areas and try to get something out of high MA.

The reason one fails is because they have failed before they attempted to try. Take some deep breathes and set your goal in your mind and achieve it.

Keep at it, see where you end up.

If you pass any bombardo along the way > 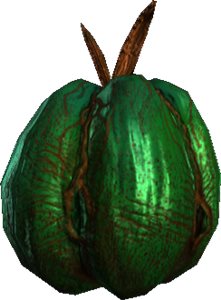 Then ... Do its name justice

I guess i am going planet side.

Ahhh i missed the planet. All the nice visual landscapes and such. But I <3 CND ooooo i love that place lol. and probably will go back sooner or later.
Well i am going to after this posting start marking down some mu on ores' i recieve but this run was mainly copper and lyst lol fun!
i found XI x 2 for ore 1 lyst 1 copper and XI oil !!! ya ! fun I also took out all my armor cause it weighs soo much, now i am thinkin of taking some tools/weapons out too. but will see what areas i visit.

I find down ped more of a challenge to get it back then a burden. Sure it stress's me out and ya i don't like it, but hey it's part of the game. I will fight back with all my knowledge and skill and own that debt of my mining woes on cnd. *then go back to cnd MUAHAHAHAHAHAHHAHAHA

Btw Strash - how often do you drop bombs @ CND?

Sorry how i mine Cnd is off limits of discussion. I admit i never did my normal way of mining it. but i don't talk about cnd. Usually i do really really really well up there. this time for some odd reason i didn't. maybe it was cause of this thread? or just that people were now observing me? not sure. anyways good run found XIV nik was decent.
Last edited: Jan 16, 2010

Maybe i go hunt for abit? or what? lol i thought mining was my avatar. not sure why i am getting these results. anyways I will keep at it.

better run. on a side note i used a enhancer today on my vrx2k Depth I
Thanks to Auktuma
I am not sure if i noticed abig different other then my claims avg depth did certainly increase. did i find more finds? hmmmm really hard to say. Is enhancers worth it in the long run? YES i would say so. they definitly do something interesting.

anyways i hope the profit spills alittle more my way.

working slowly to getting back to positive lmao

Awesome i think cause now i am taking more time to mine. lol took me nearly 2hrs to drop 168 bombs and 150 probes. Was good run and found some decent mu items to bring me back.

He gets into big holes .. then he usually pulls himself out.
It's just getting to that point, that makes it hard.

opps i was going for a small run in pvp4 lol was pretty dry : /

sleep time I do better next time i mine i promise you. but now i wanna go up to cnd and drop 5 103oas' lol
REDEmption but i dont know planet been nice to me. will see
You must log in or register to reply here.
Share:
Link
Menu
Log in
Register
Top