For something about 10 years mr Jackhammers have never been looted in space and i have always flew my own quade.

The time spent when flying i can alway spend opening Strong Boxes, eating food, read Entropia Forum etc
But it sure would be nice of MA to soon enable TP between planets.

This is how i do it
When flying make sure it's by more then 400 units of measure in the x cord, personally I fly down to -2000 or more (2000 units of measure) and never fly in stright lines.
On the space map you can easy see where the server borders are, and where you will respawned if DC by some reason. 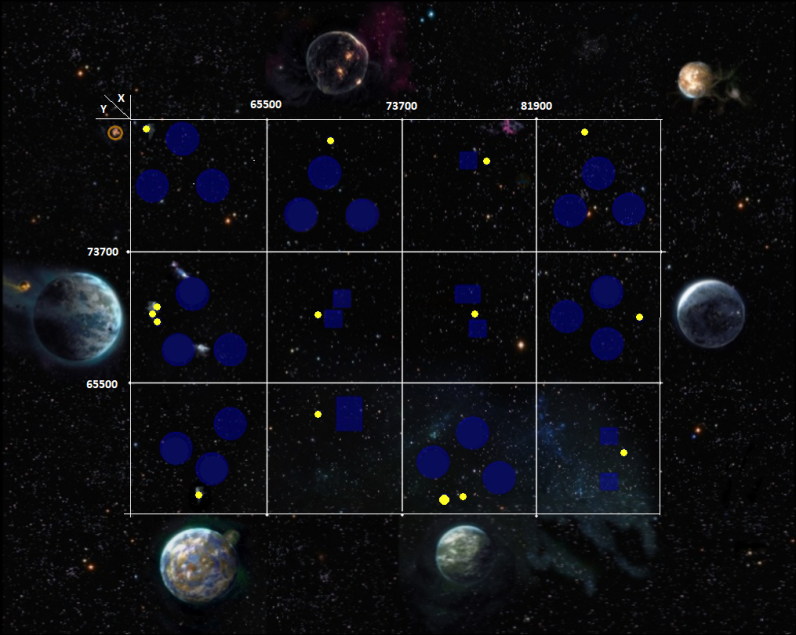 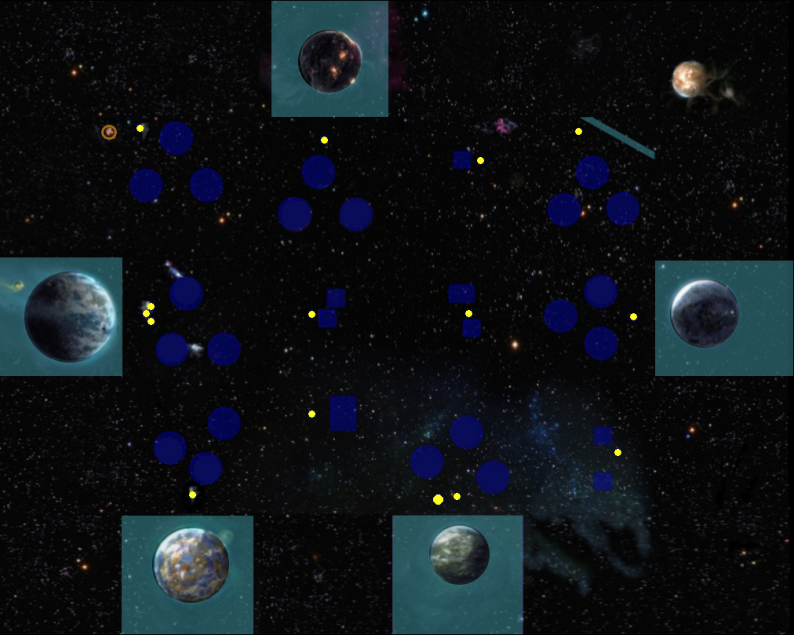 This Zones are the gate directly into the planets. Yes, Toulan looks like small because is more directly with Z coordinate. You can enter into a planet using the Internal Side of the Landing zone, the other sides are in Deep Space. To enter in Monria i advice using the space station Teleport, is free and is more fast.

if the game shows to you a message "You can not enter in Deep Space" that means you are at the limit of the map! how can you get rid of this situation? OK pay attention! 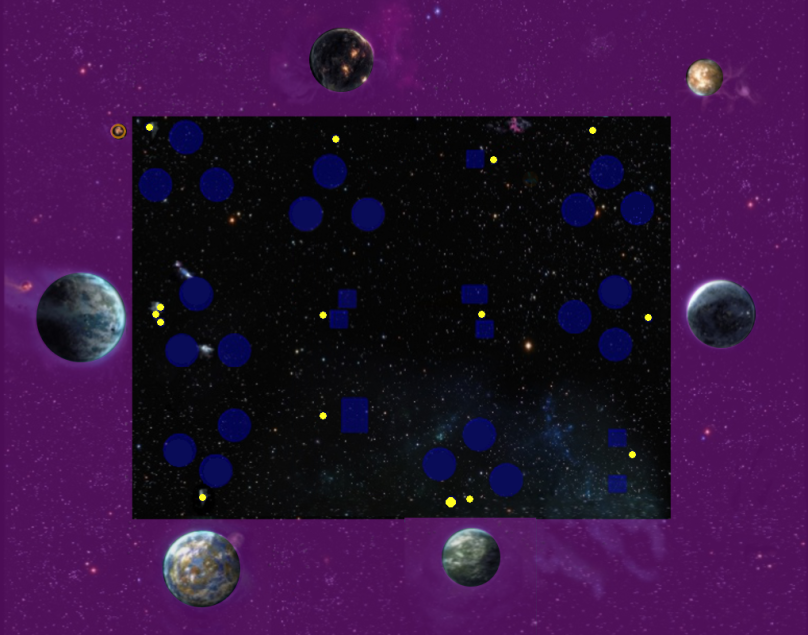 If you want travel a lot on space, you need your best friend shortcuts "Align Horizontal" is extremely important, you can find this shortcut at your Library, pressing the fast Key "N" .

Like the description in the game says, align you ship in horizontal line, so your Z coordinate will be stabilized and you can use your compass in "normal" way and with that you can leave the Deep Space and get back into your way.

So the game always shows you 3 number right?

The red areas shows you the zones of the space you can be killed and of course being looted, we call that the PVP4. Like you notice, when you enter into the space the game always alert you "you are in PVP zone" that means all space is PVP, but the zones corresponding each planet are just PVP not lootable (PVP3). Remember the server limits always are PVP4. 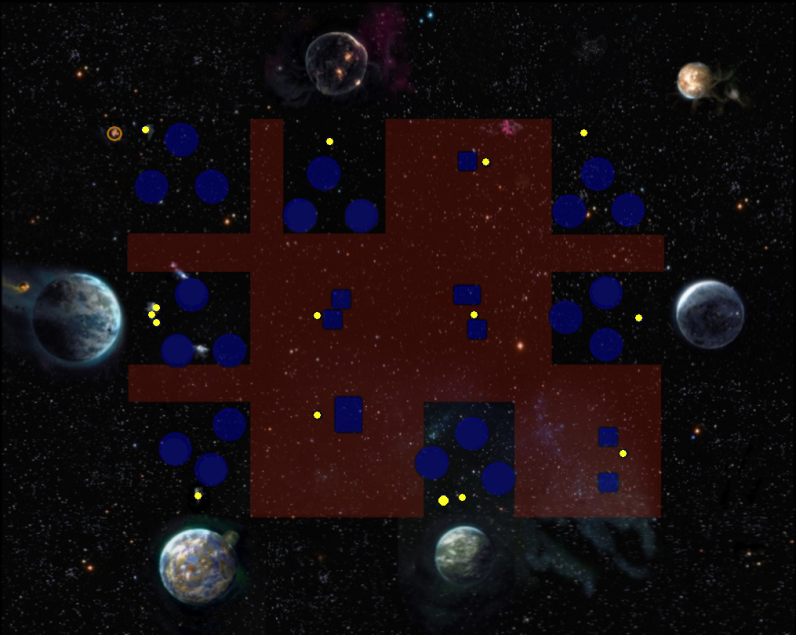 Space is vast. If mixing up your traveling routes and coordinated, move without rhythm its highly unlikely to meet another player.
Much more likely if you follow a pre-announced scheduled route.
Last edited: Apr 3, 2021

WARP Ship
Once the WARP is set in motion there is no way to stop it from the inside of the ship. The ship needs to be far from the Space Stations to start warp, that puts the ship in a risky situtation (pirates). The warp can be disrupted easily from the outside with a single shot.

One of the most usefull weapons pirates have, this device doesn’t cause dmg in the Ships, it only stops warps. 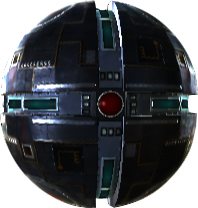 Jackhammers said:
ATM the most advanced Warp Mine is MKV Able to stop MotherShips and Starfinders Can only be used in Warp Gates
Click to expand...

angry? ok follow yur map.. once the pirates read it let me know how it works out for u =p

Jackhammers said:
For something about 10 years mr Jackhammers have never been looted in space and i have always flew my own quade.

The time spent when flying i can alway spend opening Strong Boxes, eating food, read Entropia Forum etc
But it sure would be nice of MA to soon enable TP between planets.
Click to expand...

Kudos for copying together the maps that the sticky pcf thread already shows, but you might want to consider when you try to claim your 10 year saving that a ingame avatar name might give you some backing otherwise its just an empty claim of a new account created today telling players to fly through lootable themselfs and put their posessions at risk because someone 'unknown' said so.
Also if you had taken your money in 2012 and invested in a ToS investorship crewstatus, you would have traveled since 2012 for free not even having the fuel cost and spending much less time on it - be welcome to make your savings calculation for this too.
Furthermore if you really traveled through space for nearly 10 years then you must be well aware that the first half year space servers were smaller and there were more servers and less planets - the first half year of it warp didnt even exist - we used to travel subwarp.
The cost of a warp drive in the first year that warp existed was between 2500-800 ped - with a respective cost per jump of 50-16ped per jump - generic fuses were selling around 120ped each.
Also in the early years of space pirates were working hard to establish racketeering - with attacks on ships nearly every single night - the defense cost of shooting down quads or making them retreat was higher then the cost of warp drives - only recently we finally got ammo consumption for shots in the void removed.
Last edited: Apr 3, 2021

Jackhammers said:
WARP Ship
Once the WARP is set in motion there is no way to stop it from the inside of the ship. ....
Click to expand...

When using other peoples maps it is only polite to credit them, and acknowledge their work in putting it together. For those that would like to see the full interactive map Anny Divine Thundergirl created after the changes to space layout it can be seen at Space Interactive Map (entropia-library.xyz)

However for those of you that think this thread is the path to safe non-warp travel, please be aware that while there are some useful ideas mentioned, that there are also omissions and falsehoods, doubtless caused by the inexperience of this very experienced player, who no-one heard of before today.
Flying in a quad or Sleipnir in space can be done with reasonable safety if you stay alert and don't take the obvious route and is fine if you carry no lootables or nothing you are not prepared to risk losing. But space does still have pirates, and also nervous travellers who if the happen to choose same elevation may shoot first and ask questions later.

If you always cross the road at a red light you can save up to 15 hours a year. If you live long enough.

It all works until it doesn't and you lose in one go what you have saved over a year or more. I fly with a quad only when I have nothing to carry, but I immensely hate being molested by random jerks, so I usually take maximum precautions to avoid it even though technically I don't risk anything. Still been shot dozens of times at most unexpected places far off the obvious routes (hundreds of deaths while departing a space station when the safe zones were smaller I don't count, it's normal and expected). As I usually use a warp to get home with loot after long weeks of grinding on a remote planet, just a single time of being hasty/greedy/whatever and going by myself and being unlucky would mean a loss of the whole bankroll and game over.
K

This is most likely an undercover pirate trying to bait noobs to take the elevations that he is most likely patrolling.
I fly at all elevations, and although I have never met a pirate at an extremely high/low one, I don’t doubt for a second that there are some out there patrolling it.
If you have loot, take a friendly warp with John or granny or many others that provide these services. They will appreciate your business. You will also be keeping your PED on the nice side of Entropia, and out of pirates scummy fingers.
Last edited: Apr 3, 2021