This is a mega-mutant of the humanoid mutant subspecies called Maffoids.

Kazrak is the violent and cunning Warchief of the Dustkeep Valley clan, and the most powerful Maffoid in west Eudoria

He is mostly content with letting his warriors raid passing caravansm and will rarely launch attacks on nearby outposts and villages. This isolationist mentality seems to have grown stronger lately, most likely due to the increased robot presence in the area.

Only the most ferocious and ruthless leaders can rise to this highest of ranks among the tribal Maffoid warlords.

Maffoid were rebalanced in Planet Calypso Update 2012.6, December 2012. Some data from before this update may be inaccurate.
Last edited by a moderator: Sep 21, 2018

The Creatures section is currently under construction and this process will take some time to complete. The work is being done by volunteers with limited time, so please bear with us while we add the data. If you can provide any information that is currently missing, please post in the thread to let us know.

While this construction period is ongoing, you will be able to access the old Bestiary section which is archived in a sub-forum of the Creatures section. Each mob thread in Creatures contains a link to the relevant Bestiary thread and to the Entropedia page, so if you are looking for information that isn't yet available in the Creatures thread, please use the links provided at the bottom of the first post in the thread.

I was informed that Kazrak was L75 and not L58 as is currently listed. I'm not sure if it was altered or there was an error in the original listing. Scanned and pictured as above.


It was also mentioned that an L131 maturity has been sighted but no definite data on that at present.
Last edited: Dec 20, 2015

Where did you find the Overseer?

Oleg said:
Where did you find the Overseer?
Click to expand...

He spawns sometimes on wave 5 of the Maffoid wave event. Apparently my source says an Overseer Elite occasionally spawns.

Interesting, that must be quite a new addition. I've done that wave quite a few times in the past and there were never any unusual mobs other than Kazrak. I may have to revisit it.

There was an L63 Overseer Elite wandering around outside Kazrak's tent last night. I'll scan & screenie it if I see another.

I was informed it was L131 (ish), but in the midst of a wave, it could have been easily mis-reported.

The post below is evidential - thank you SnowLeopard for the pictures.

The first Elite I came upon two days ago was non-shared-loot. Last night, wave 5 had two Overseers and one Overseer Elite. I'm really glad that wave spawn doesn't have a short timeout -- there's time to teleport back after getting killed.

Location
Under Your Bed.

I think the wave was tweaked after the Maffoid event - I've been doing a lot recently and Overseer's are common (probably appear 30% of the time in W5); Overseer Elites spawn very rarely in W5 (maybe, 5%?) and you can get an extremely rare Warlord Elite spawn in W5 too.

From doing a lot of the Warchief solo, I've found that the maximum drop of combat tokens is just over 300.

Anyone got a scan / picture of Kal-Rahm The Cannibal? (assuming it is a Maffoid)

Please upload it here when you get the opportunity, TY!

Mega said:
Anyone got a scan / picture of Kal-Rahm The Cannibal? (assuming it is a Maffoid)

Please upload it here when you get the opportunity, TY! 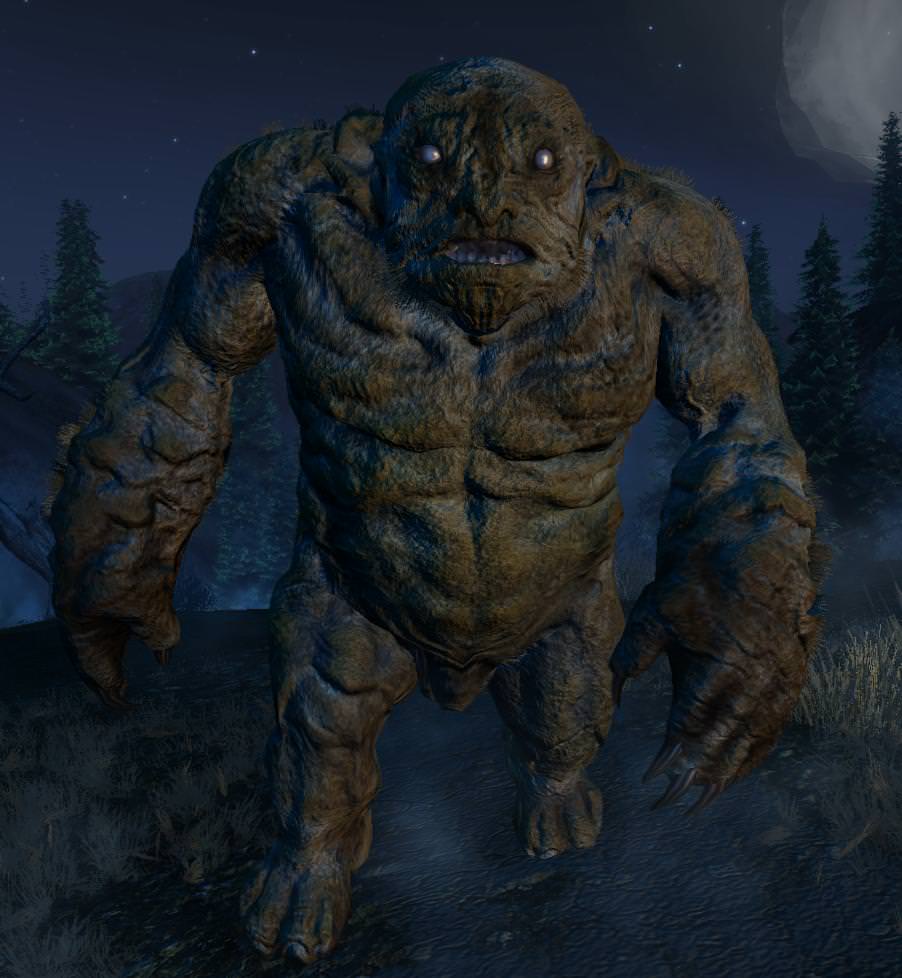 I have info for cat 1-4 that I've put on EntropiaWiki:
http://www.entropiawiki.com/Info.aspx?chart=Mob&name=Kal-Rahm_The_Cannibal

I have info for cat 1-4 that I've put on EntropiaWiki:
http://www.entropiawiki.com/Info.aspx?chart=Mob&name=Kal-Rahm_The_Cannibal

I was thinking it may be a Zombie Mutant, but it clearly isn't.

I worked hard to get these. My first attempted contribution to this awesome site and the wiki

I notice the description says "her".

Location
Under Your Bed.

Haruto Rat said:
I notice the description says "her".
Click to expand...

I hope MA aren't assuming Xer's gender, that would be absolutely abhorrent.

any dens spots for outcasts to guards? Cant find in the camp, only found some bandits scattered on the hills
D

kraank said:
any dens spots for outcasts to guards? Cant find in the camp, only found some bandits scattered on the hills
Click to expand...

Best spawn I know of is S of Fort Ares, it's not that dense but as long as you're moving around while hunting them you can be shooting them mostly nonstop, it helps that the spawn area is rather large.

Check it out on the Calypso Explorer Map
T

Does anyone know a good Maffoid spwan? The spawn at Fort Ares is not really dense enough for some nice grinding
X

Yes, perfect spawnrate for (almost) non-stop grinding with a LP-25. Thanx for the info!
You must log in or register to reply here.
Share:
Link
Menu
Log in
Register
Top